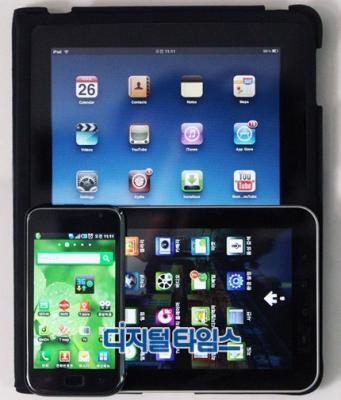 Days before Samsung's big unveiling of it's Galaxy Tab, it has been leaked that South Korea's SK Telecom will offer the device in September. The Galaxy Tab has received much press over the past week. First with being filmed 'in the wild' on a train in Australia then a hands on demo surfaced on the engadget website. All we know about the tablet is that it has a 7 inch AMOLED screen cable of 1024 x 600, that it is CDMA enabled so it can run on either Sprint or Verizon's network, and that it can double as a very large phone. Some pretty cool peripherals were released over the weekend, albeit, on the pricey side. A leather case, a dock with HDMI output, an 83 key keyboard and a car kit. Stay tuned for Samsung's announcement from Berlin on Thrusday September 2nd.