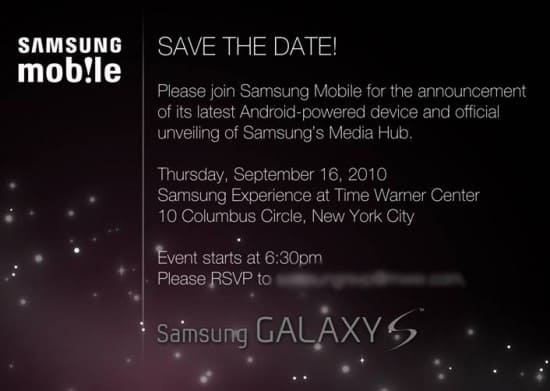 Advertisement
Advertisement
Samsung has been making serious headlines lately with its imminent launch of the Galaxy Tab tomorrow in Berlin. A North American event has now been announced for September 16th and speculation are flying. What we do know, Samsung will be releasing details on its Media Hub service which will allow the Galaxy S family of smart phones and Tablets to download media content from a Samsung store. Prices will be along the lines of industry standards according to PC Mag, 3$ movie rentals per day, purchases 12$ – 20$. Users will be allowed to view content on their devices before the download completes. Galaxy S family of phones include the Vibrant, Captivate, Epic 4G and the upcoming Fascinate as well as the Tab. Also on tap for the 'Experience' event is the unveiling of some 'Android power device' which could be either a new phone or a North American version of the Galaxy Tab. We shall soon find out.
Trusted By Millions
Independent, Expert Android News You Can Trust, Since 2010
Publishing More Android Than Anyone Else
37
Today
118
This Week
118
This Month
3284
This Year
104763
All Time
Advertisement