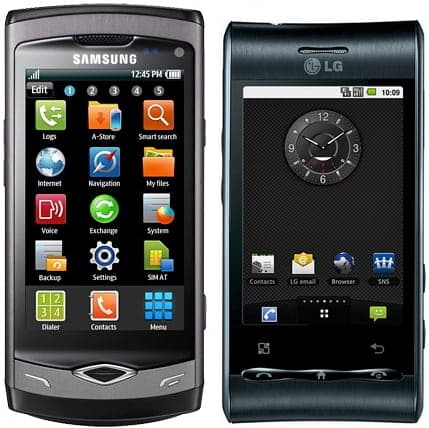 Two South Korean mobile phone manufacturers have recently hired some high-powered help to improve their user interface design.  Both Samsung and LG Electronics have brought in UI experts to head up their mobile design efforts.

Jung Ji-Hong will be joining Samsung as Vice President of their Mobile Design Group.  Jung was a professor at Visual Communication Design at Kookmin University.  Samsung designs smartphones using three platforms: Android, Bada, and Windows Mobile, but Windows Mobile doesn't allow custom UIs.  Samsung Smartphones currently use the TouchWiz UI, which is not as well-received as others in the marketplace.

Over at LG, Lee Kun-pyo was brought in as head and Executive Vice President of its Design Management Center.  Lee was the Dean of the Department of Industrial Design at Korea Institute of Advanced Technology, with an expertise in both interface and human-centered design.  Lee will be examining LG's S-Class UI for improvement.

The Korea Herald assumed that both firms brought in the design specialists so they could better compete with the iPhone and other higher end smartphones.  Samsung and LG are the second and third largest handset manufacturers, yet have not had much presence in the smartphone sector, although both are ramping up.  Samsung has had some success with the Galaxy S, as well as the Wave, while LG is launching Optimus smartphones.  Both companies are also planning to launch Android tablets by the end of 2010.