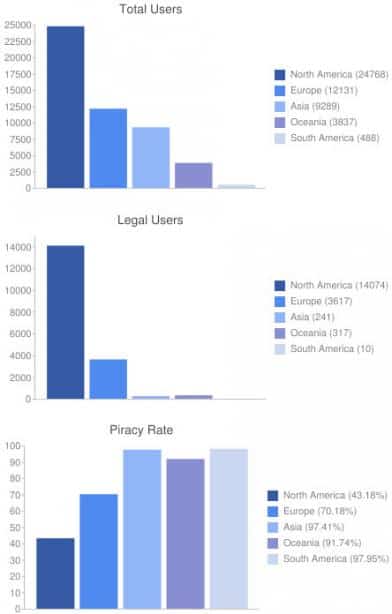 Android fans, we are facing a dilemma. The iPhone is winning the war against piracy while we are on the losing end. It is just far too easy to get a pirated game on the Android OS. All you have to do is download the APK file to your PC, transfer it to your phone and then install it using file manager. The only way to get a pirated game on the iPhone is to jailbreak the phone. Let's look at this issue a little closer.

Let's take a look at an app called Radiant by Hexage. This app has been out since August of 2009. David Peroutka is the director at Hexage and he is using these charts to demonstrate how out of control piracy is on the Android OS. 97% of the games users in Asia are playing an illegal copy! 70% in Europe are and 43% in North America are using illegal copies. This app is $2.40! What person who uses an Android phone can't afford $2.40??? This app has the appearance of an old Atari game which is why it is so popular. According to Distimo, an analytics company, Radiant was the sixth best selling Android game just a couple months ago in June. Take away Google's share and the net revenue for Hexage was roughly $30,000.

According to the charts, sales could be as much as three times higher than they are without any piracy. However,  Peroutka says "Many people using illegal copies would not buy the apps if they have to pay for them." I do agree with him on that statement. There are many people out there that just do not want to spend any money on apps. Also, many people just don't see the need to pay the money when pirated copies are so readily available. Android is still young and there are things that need changing.  We should have some faith that Google will step up and do what is best for Android. 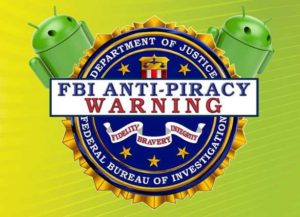 Google IS going to do something about it. In an effort to fight piracy, Google is going to allow developers to log in to its servers to check if users of an app are licensed to use the app through its servers. In other words, developers can log on and see if the app is legal. If it is not legal, the developer can zap the app and have it shut down.

Android is well on its way to be the biggest smartphone platform in the wold. To keep growing and to entice developers to continue bringing creative and exciting apps to the market, Google needs to step up in its efforts to control piracy. How would you feel if you worked for six months on a cutting edge video game. You are excited to release it and finally reap the rewards for all of your hard work. Then, you find out that for every 100 people who have a copy of your game, only 3 people actually paid for it. I would be extremely bitter and I think every one of you would too. Why would you continue to develop games with results like these? Come on people, pay for the apps and give these developers the reward they deserve!