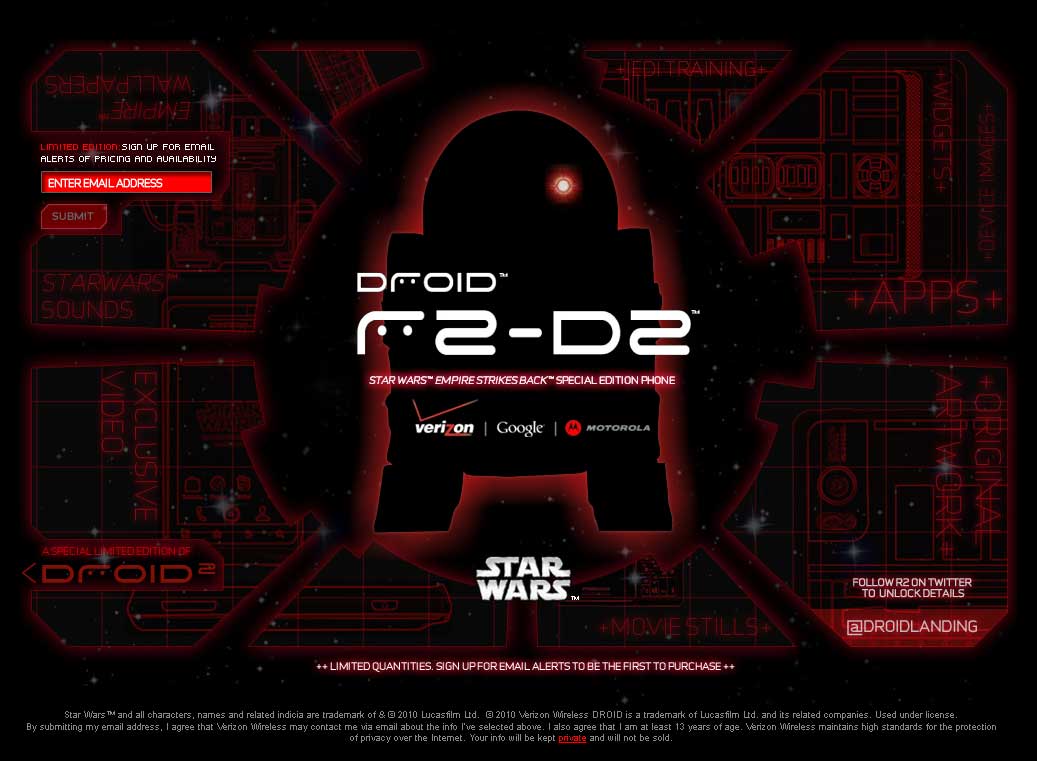 I've never seen such devotion in a droid before…

Motorola's DROID2 launch on Thursday was finally announced by Verizon today, but it's been the talk of the Android community for weeks.  And along with the official acknowledgement comes a new Verizon promotion: DROID R2-D2.  Yes, a DROID 2 with an R2-D2 theme.  Guess licensing the name from Lucasfilm wasn't enough for Motorola.  Although I doubt this phone is going to serve me drinks like the real R2-D2.

And when can you find this Droid you want?  Try Star Wars Celebration V, this weekend in Orlando, for a preview.  No word yet on the general release, but September seems to keep coming up. 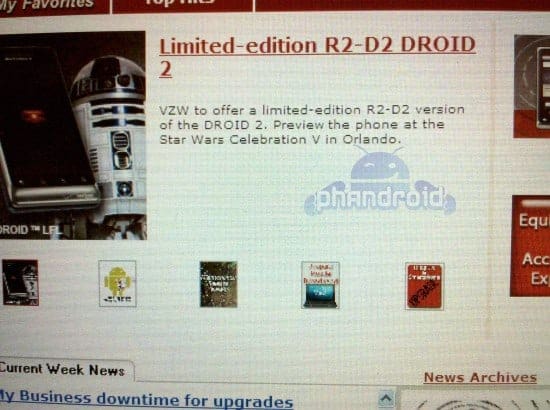 Not much to see on the DROID R2-D2 site yet, but there's a Twitter feed to follow: @DroidLanding.  The promo site artwork mentions apps, video, sounds, wallpaper, original artwork, movie stills, and device images, which suggests all these Star War themes will be on the limited edition DROID 2.  And don't forget the Jedi Training!  But none of those "links" do anything when you click on them.

Yet.  If we "follow R2" on that twitter site, supposedly we'll be given instructions on how to unlock those areas soon enough, plus plenty of other incentives.  Just think of the fun leading to the DROID X release.

Speaking of the DROID 2, be sure to check out those Quadrant benchmark results.  Let's just say… really fast.