Here is some heavy, heavy news about Verizon's future with Android. I would advise you to grab a drink for this one.

Verizon has built a very close relationship with the Android Operating System, which we've seen some top devices such as the Motorola Droid, Droid X, Droid 2, and the HTC Incredible. One of BGR's Verizon sources have treated them to a very intimate outlook on Verizon's upcoming plans for 2010, 2011, and part of 2012. Android tablets, LTE MiFi units, Android 3.0, video conferencing, and a whole lot more. Read the quoted text for more details!

Motorola is working with Verizon on a "slab form-factor" device that sort of looks like an old Motorola Q but features a full touchscreen and global roaming. It will run Android 2.2. Maybe this will be a lower cost, MOTOBLUR handset?

There are a lot more Android invasions happening before the end of the year, we're told. This includes a global Android device from both Samsung and HTC.

Samsung is working on a 7â€³ screen Android tablet with front-facing camera. Motorola is also working on a tablet as well, except it will sport a 10â€³ screen, either 1GHz or 1.3GHz CPU, front-facing camera, and Android 3.0. Don't expect the Motorola so soon though, as we're informed that while the launch was supposed to happen in December, Android 3.0 will probably hold up the release of that device and we should expect it around February 2011.

There will be a Novatel LTE MiFi device available in January or February that will apparently support up to 10 simultaneous Wi-Fi users.

Lastly, we're told LTE data pricing will stick at $59.99/month, though it's unclear what the data allowance will be. (This is for data cards, not smartphones)"

Can you say HEAVY?! Wow. Big Red (Verizon) is showing no signs of slowing down on their ANDROID INVASION, and we're definitely going to see quite a few more Android devices drop for Verizon before the end of the year. And GLOBAL devices? Say goodbye to those bulky "world" phones, international businessman will be carrying around global Android devices now. And what about those tablets? I am so happy that Verizon will be launching fast, reliable tablets sometime soon. With LTE coming up, and a major unleash of high-performance smartphones, it seems like Verizon has positioned themselves to win in this carrier war so far. If you were planning on switching to Verizon sometime soon, now is the time to do it! 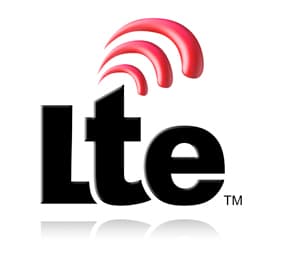