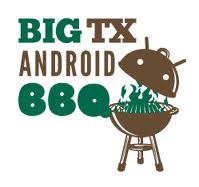 For those of you who do not know, the second annual Big Android Barbecue is going to be held on October 3 in Austin, TX.  That weekend, which begins October 1, is when Android fans, enthusiasts, carriers, partners, developers and vendors will meet in Austin and celebrate Android's two year birthday. There is going to be a lot going on including the official Android vs Iphone laser tag game. There will also be a pool party and one kick ass barbecue!

There is a big sponsor turn out this year including Samsung Mobile USA, Big in Japan, Blockbuster and The WIP Connector. Today two great companies have joined the list of companies sponsoring this event. Seattle based HTC, who launched the Android platform in the US, and Texas based Texas Instrument, who supplies parts for the DROID lineup of phones, have hopped on board to really make this even special.

You need a ticket to get into the event. You can find more information by going to the official site: http://www.androidbarbecue.com Tickets are $25 and they will sell out so get your today! There will be prizes given away throughout the weekend which will include Android Devices, Blu Ray Players, Blue Tooth devices, tablets and MORE.