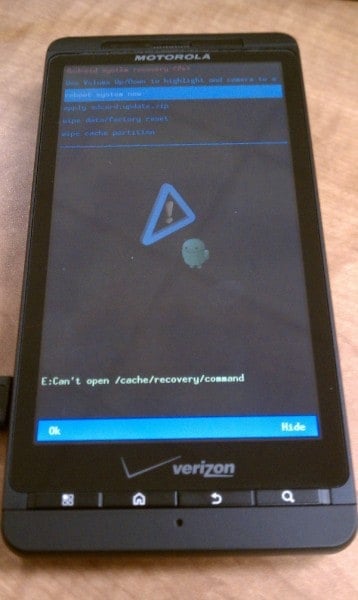 There have been numerous reports of an issue that many Droid X users are having problems with their Droid X automatically rebooting. This reboot issue is said to be the reason that the Froyo update was pushed back. It is said that Verizon's technical department has still not labeled this a serious issue even though they are sending out phones and many people are upset thinking they are sending out refurbished ones. This issue has been a wide-spread issue on the Verizon wireless forums. One thing that has seemed to work for some users was to return to factory settings. Some try to explain this phenomenon as: The phones are rebooting in reaction to a ping/message from Verizon or The phones are rebooting due to an app that is running. No one really knows and Motorola has not publicly responded to these accusations or even considered addressing these problems on a wider scale. Problems vary but things are reportedly getting worse as the days pass.