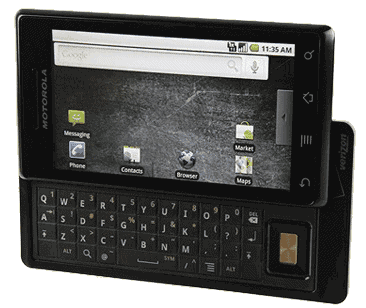 Are you ready for DROID 2's arrival at Verizon Wireless stores this Thursday?  Verizon still hasn't announced the launch, yet this seems to be the biggest open secret in the Android world.  It's certainly moving well out of the rumor phrase.  DroidLife has gotten some photos showing Verizon's inventory of DROID 2's, and the numbers doubled in just a few hours.  Expect to see those inventory numbers keep going up as August 12th approaches.

Amazing that this phone has so much buzz and the carrier won't confirm the launch date anywhere!  But here's a nice 360 degree view of it on a Verizon Wireless webpage!