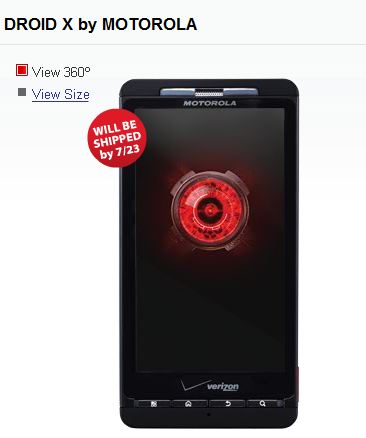 Still waiting on that DROID X or Incredible?  The waiting will continue until morale improves.  Economic morale, that is.

The reason you’re still waiting is due to that recession that seems to have hit every market sector except Android smartphones.  Chipmakers scaled back production last year when demand slacked off by 30 percent, and now they can’t quickly ramp up to meet sudden demand for specific chips.  Low demand led to chipmakers reducing capital spending by 41 percent for 2009.  This comes right after 2008 saw a 31 percent drop from 2007, according to the Gartner Group.

In particular, Motorola is facing shortages of chips for memory, camera sensors, and touch-screen controllers. This explains why the DROID X continues to be back-ordered by several weeks, despite having launched more than a month ago.  HTC has also faced shortages for its Evo 4G.

Smartphones contain several specialized chips, and if even one of them is in short supply, that means delays in supplying the completed handset.  The chip foundries are now running at 96 percent of capacity, compared to 56 percent last year, according to the Semiconductor Industry Association.  Since there is little room to add more production, different chips are delayed as scheduling stretches out.

Manufacturers expect delays to continue through the holidays.