There are many useless polls and surveys out there, but the data found on the OkCupid dating site is usually fascinating.  So what are we to make of this otherwise great article on what makes the best photo to find dating partners?

Here it is for the whole world to see: Android phone users get less sex than iPhone or Blackberry phone users.  Or so they say.

Now this finding is getting play all over the wonderful world of teh intertubes and the blogosphere.  It was crowed about in an iPhone site and derided on an Android site (what a surprise).  What nobody seems to be asking is whether these results have anything to do with what kind of phone the OkCupid member actually owns. This was not a survey of what phone people purchased, this was an article about photos uploaded to the site and which got the best response.

The first item they looked into was camera type.  Where do you think that data came from?  Do you think they surveyed every one of their users and asked, “What kind of camera did you use to take that hideous picture?”  Of course not.  OkCupid stripped it off the EXIF data attached to almost every digital photo.

So given that first item, you can bet their second finding on smartphones got their data from the same place.  Do you ask your friend to take your picture with your camera or theirs?  As long as you get the photo, does it matter?  So in reality, the data on smartphone ownership is based on what phones OkCupid users’ friends have too.  And what’s worse, we have no idea what percentage of the photos were taken by somebody else’s smartphone. For all we know, many of the people in the database don’t even own one!

Now, the above graph is just for thirty year olds in their database, to avoid any skewing due to older people preferring one phone type over the other.  Here’s some more data to complain about:

Not only are we Android users supposedly less sexually attractive, we get even less so as we get older!  The relationships hold for every year in the dataset between 18 and 40!

It shouldn’t surprise anyone that commenters immediately came up with the usual stereotypes.  iPhone users are artistic, of course they get more.  Android users are… geeks.

To which I say: absolute hogwash.  Not only do we not know whether the data above determine whose phone took the photos, since when is the number of sexual partners related to how much sex anyone has?  If you found your true love at a younger age and have been happily engaged in connubial bliss ever since, wouldn’t you be getting more than some opportunist who hits the bars and tries his luck?

And finally, we can throw out these results for an even better reason!  Everyone knows if you’re going to make a graph showing Android, Blackberry and iPhone usage, Android gets the green line. 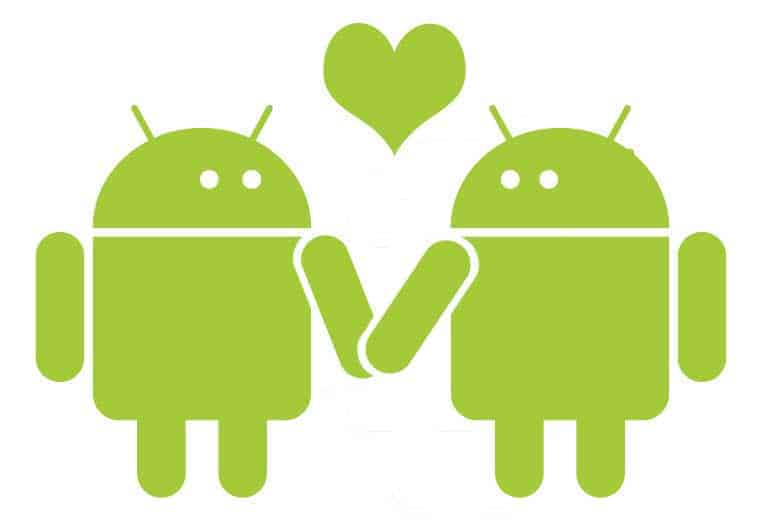