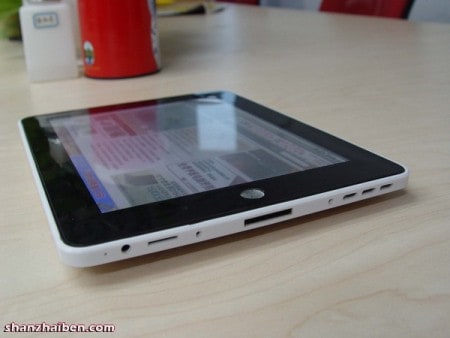 There are lots of Chinese Android tablets.  Most of them are not of good quality or specs, and most of them copy the looks of iPad.  If you need an Android tablet now, and are willing to settle compromise, I would check out MeriMobiles, and particularly look at the Witstech A81E or the Ramos W7 (both around $200).

Despite the deluge, the current does not seem to be abating.  More and more of these tablets are flooding the market.  Some of them even have good specs (gasp)!

This one touts an 800 MHz Freescale imx51 series SoC.  It can be overclocked to 1 GHz if you figure out a way to cool it down.  That's an 8 inch touchscreen, supposedly of "good quality," and with 800×400 pixels.

The following picture shows the mainboard on top of a cigarette box for size-reference. 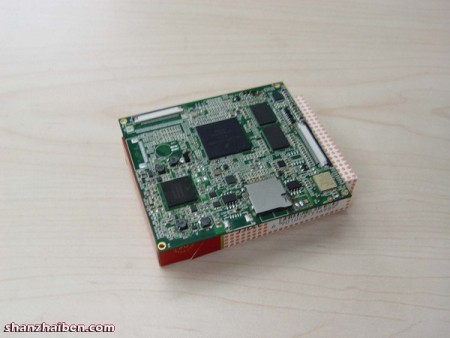 There are two batteries, as shown below: 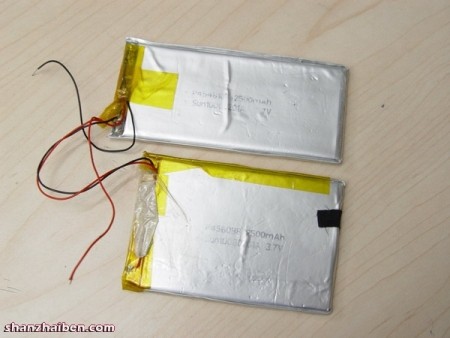 And here is the resistive touch layer digitizer: 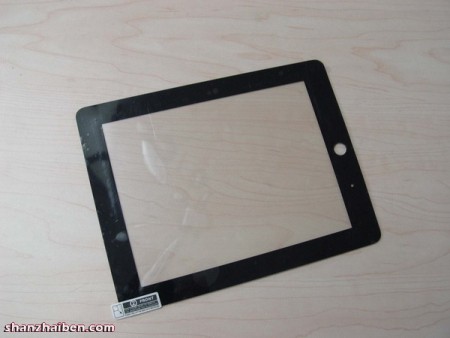 Unfortunately (?), this is just a prototype for the moment.  No pricing is available.

Thanks to shanzai.com for continued great coverage of the tablet situation of Shenzhen province, China.