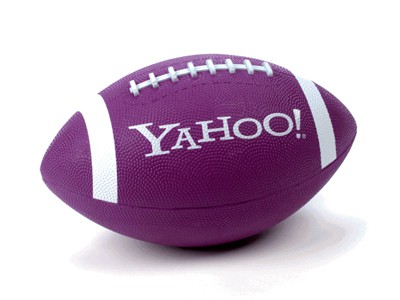 Since 2008, Android users have been bawling about the lack of quality fantasy football apps available on the Android market. CBS tried their shot at providing their own app for the platform they run, but it was introduced with a world of bugs and eventually became obselete as going to the browser to do your bidding proved to be much easier.

Other third party apps have come out to attempt to fill the gap, but they all fell short considering they didn't have full API access to some of the most popular fantasy football platforms out there. At least one of the major players – Yahoo! – is ready to step up for the 2010-2011 NFL season and will be offering an Android app (hopefully) in time for draft day.

The app willl allow you to get real-time updates on how your players are doing out on the field and how they're racking points up for your fantasy team. You'll also get full roster management including the ability to set your roster every week right on your phone. No other features can be confirmed at this time, and pricing is also yet to be determined. Either way, I'm sold. Not having to be tethered to my computer to make sure I put all the right players in for any given week will get me that much more into fantasy football. Let's hope other outlets follow suit.