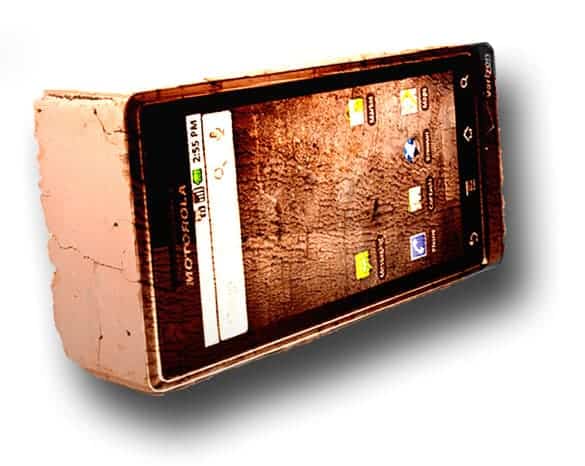 I was just about to buy a fridge yesterday. It was a lovely looking model, big and gleaming, with all the latest technology and I was about to reach for my card when the salesman handed me a list. It was a list of food stuffs that I would be allowed to keep in the fridge. Any items not on the list would cause it to lock shut requiring a call out to an engineer to free my food. I decided to go back to keeping my beer chilled on the end of a piece of string in the river.

Not a true story, of course, but if Motorola made fridges you might find yourself in that very situation because that seems to be the approach they are taking with the imminent Droid X smartphone. The Illinois company have moved their anti-hack stance to a whole new ridiculous level by installing eFuse technology on the X – meaning that the phone will brick itself if it discovers any changes to its kernel or boot-loader.

Despite Motorola's assertion, that the vast majority of owners do not root or mod their phones, being true, the appeal and beauty of Android is the open philosophy it embodies. Motorola's move flies in the face of this philosophy and it flies in the face of the pure and simple truth that if you buy something, it should be yours and you should be able to do what you want with it. 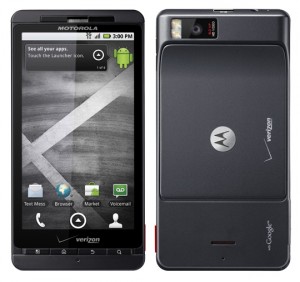 We welcome manufacturers' recommendations of what we should do, or not do, to our phones, but they are our phones and accepting (or ignoring) advice is our prerogative.

I think it quite fair that rooting a phone should invalidate the waranty. If I break my phone, that's my fault and I've no problem with that. Employing eFuses on the other hand is just paranoid and, if I'm honest, downright insulting to customers.

If you're not familiar with eFuse (and I wasn't) its a clever little technology that IBM invented to enable circuit boards to dynamically reprogram themselves. Originally designed to handle component failures on the fly, Motorola have turned it into a nasty little security guard prepared to hit that self destruct button the moment it suspects Droid X owners of acting like… well, like they own their phones.

Motorola, in their defense, say that that the vast majority of users never install custom ROMs, root, or otherwise mod their phones, and whilst this is true, their aggressive approach will win them no friends, particularly amongst the developer fraternity who have to root handsets to test applications almost as a matter of necessity.

I used to think Motorola were cool, they looked like they were heading in the right direction and looked like they were producing some magnificent handsets and while I'd still rather have an X than an iPhone, I'd rather have an iPhone than a brick. Saying that, bricks are cheaper, require no contract and despite not being quite as handsome, still pick up better reception than the iPhone.