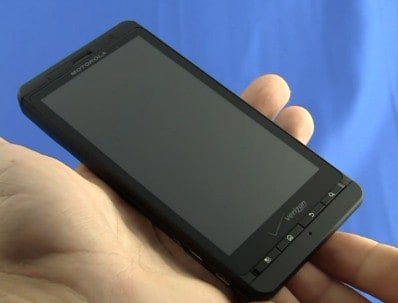 Never mind the jumbo 4.3-inch display, high-res 8-megapixel camera, or speedy 1GHz processor, the finest feature of Motorola's new Droid X smartphone may be its ability to hold a charge.

Too boring? Not at all. Some smartphones are better at power management than others, and the differences are often dramatic. As mobile phones continue to pile on the features, their ability to manage energy efficiently will become a bigger issue with consumers. A 4G-ready phone that acts as a mobile hotspot looks great on paper. But if it's dead as a brick before the day is done–without a power outlet or spare battery in sight–well, that's one ugly reality check.

In recent days I've had a chance to do some hands-on testing of two new Android smartphones: the HTC EVO 4G (Sprint, $200), which is already shipping; and the Droid X (Verizon Wireless, $200), which hits stores in about a week.

Both handsets have a boatload of features, and the EVO one-ups the Droid X by including a second front-facing camera. But when it comes to battery life, the Droid X puts the EVO to shame.

Using both phones the way average folks do–Web browsing, a few calls and texts, and some audio (Pandora) and video (YouTube) streaming–I found that the EVO seldom lasted longer than a day. And if I streamed a lot of video or activated the phone's built-in mobile hotspot, the EVO might die within three or so hours.

The Droid X, by comparison, could run a solid two days between charges, based on normal use. Pushed to the limit (e.g., non-stop video streaming), it still might last an entire workday. (I tested both phones over a 3G connection, as Sprint's 4G service isn't available yet in my area.)

While my tests weren't exactly scientific, they did offer a peek at these phones' power-management skills under real-world conditions. Larger screens, speedier chips, faster broadband, and other advanced features are taxing the latest smartphones' staying power. Will mobile batteries be able to keep up?