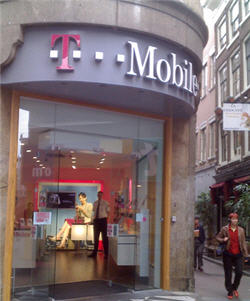 For a while now an article has been floating around that originated on 24/7 Wall Street which states 10 Brands that will disappear in 2011. A number of you have written in as though T-Mobile is already beginning to pack it in and I'd like to take this quick editorial to remind you that isn't the case. Quite the contrary is true and the article itself merely states things that we already know. T-Mobile is in fourth place, check. A merger and/or acquisition of Sprint being discussed, check. Stating that T-Mobile has no future in the US simply because they are in fourth place is just irresponsible journalism. In 2009 the very same article was written with 12 different brands that would disappear and while its true that some did, such as Palm, AIG and Eddie Bauer, not all of them did, and most of them were blatantly obvious and were already on the way out at the time the list was published. As of this moment, there is zero indication that T-Mobile is currently for sale, currently being pursued by a partner or another carrier or that Deutsche Telekom is making an effort to purchase someone else. That's not to say its not happening far far behind the scenes, but publicly, none of this is taking place.

So while so many of you have expressed concern and written in stated that you don't want your favorite wireless carrier to disappear, stop acting like it already has. While we won't sugarcoat their outlook and say that they are likely to surpass Sprint by years end, calling them done in the US is just stupid. That's just my opinion however and while I hardly qualify as an expert on T-Mobile's financial position, I know this report also stated Old Navy would be closing its doors and I'm pretty sure I was in one of their stores yesterday as well. Sure you can respond that the year is only half over but since 24/7 Wall Street was only half right last time, lets just assume they'll be only be half right again. Even if that is the case, it doesn't take a rocket scientist to make these predictions, they are merely taking companies that are well known to be in trouble and stating they will close.  I mean really, BP, seriously? Is there anyone out there that actually wants BP to stay in business right now?

Bottom line, stop panicking, and stop reading this as though it's already happened or that T-Mobile already has a closed sign on its doors. Relax and buy the Samsung Vibrant, you'll be happy you did.

Update: Thanks to a sharp reader I did indeed incorrectly source the Wall Street 24/7 article which states companies that WILL disappear in 2011 when the Yahoo News article erroneously states companies that MAY disappear, guess I should pay more attention too. Doesn't change the fact that it doesn't say the company itself will disappear, just the brand so T-Mobile may live on according to them only under a different name and perhaps different ownership. Either way, I still think the article sucks.