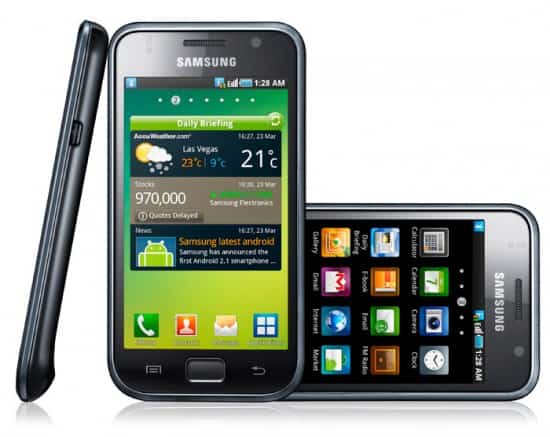 Did you know some Android phones can do video out via the 3.5 mm headset jack? We have seen examples of video out using USB and HDMI, but the Galaxy S is the first Android phone (that I know of) to offer this feature using a 3.5 mm headset jack. I find this kind of surprising since we just attended the Galaxy S launch party and no one from Samsung mentioned this interesting feature.

Apparently the international version of the Samsung Galaxy S has a TV out option built into the display settings that allows you to pick your TV type (PAL or NTSC). All you need is the appropriate cable, which goes from the 3.5 mm jack to the standard AV ports on your television.

Best of all, this implementation of TV out mirrors the phone's display and shows everything that happens on the phone in real time (see video below). This includes the home screen, web browsing, games, and any other Android applications. Previous phones like the HTC EVO 4G limited video out to the Gallery application and YouTube (which I could never get to work).

We have no idea if the U.S. versions of the Galaxy S will include this TV out feature, but we do know they can share video via WiFi using DLNA. The only problem with that solution is your TV must support DLNA, which is mostly limited to newer HDTV sets.

If we can confirm with Samsung that the Galaxy S does TV out with the 3.5 mm headset jack, we will post an update and let you know.