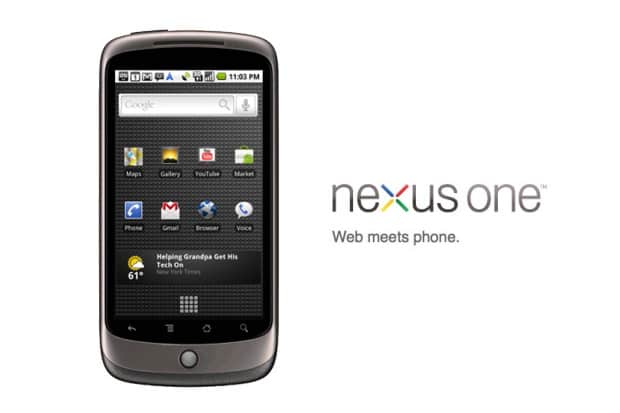 Well that didn’t take long, now did it? Google announced last week that it was receiving its last shipment of Nexus One’s from HTC and would stop selling the device directly. Just a short time later, Google has confirmed that it doesn’t have any more Nexuses for sale since the last shipment has already sold out. The Google Phone Store – for now, at least – is closed.

Google will continue selling the Nexus One through retail partners like Vodafone, but it is no longer selling the device directly. When users visit Google.com/Phone, the portal simply returns an apologetic message letting the public know that the shop is closed:

“The Nexus One is no longer available for purchase directly from Google. For more information on how to purchase the Nexus One, check out our help center.“

There’ has been endless discussion about whether the Nexus One was a failed experiment or just a runaway success of Google attempting to promote Android. In a way, both sides of the issue are right. The Nexus One attempted to disrupt the current U.S. model of carrier exclusivity and subsidized phones, but there was too much resistance from carriers and consumers for that to happen on a wide scale. Andy Rubin admitted as much when Google first said it would close the store:

“[The web store] remained a niche channel for early adopters, but it’s clear that many customers like a hands-on experience before buying a phone, and they also want a wide range of service plans to chose from,” Rubin said.

However, there’s no question that from a mindshare standpoint, the Nexus One absolutely pushed Android to new heights. There was nothing like it prior, and even after six months on the market, the N1 remains arguably the best Android experience available. Google has said that it has no plans to develop a sequel, and the closure of the store seems to make that plausible. But after “showing what Android is capable of” with the first Nexus, it would be a real shame to not see a follow-up push it even further. The store may not have worked, but the phone most certainly did.