Now that the Droid 2 has officially reached "leaking like a sieve" status, we thought we'd toss you another couple shots of the Droid X's QWERTY-equipped cousin, which we're being told is locked for an August release on Verizon. If you're more of the BlackBerry type, though, we've got some news for you, too: our source is telling us that both a Curve 3 and Storm 3 are "possible" for the holidays this year. If we had to guess, the Curve 3 is likely a variant of this 9300 we've been seeing lately, whereas the Storm 3 could be a version of the 9800 slider or an entirely new keyboardless slate. There's also a 10.1-inch tablet on the docket; the carrier has already confirmed that Android tablets are in the pipeline, but this could also be a version of the rumored BlackBerry beast. More on this noise as soon as we get it; in the meantime, follow the break for another shot of that Droid 2, won't you? 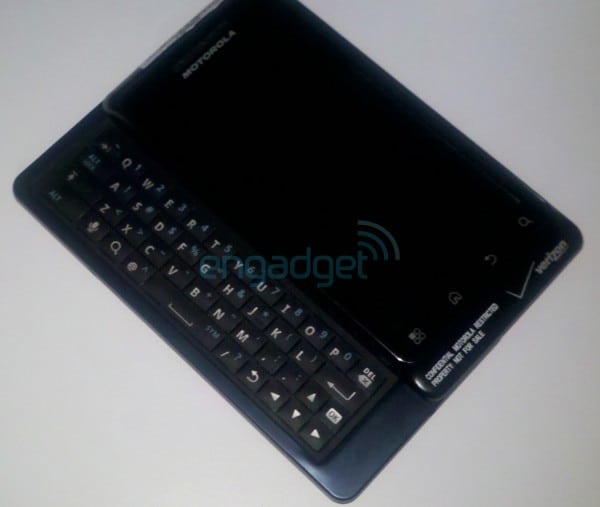