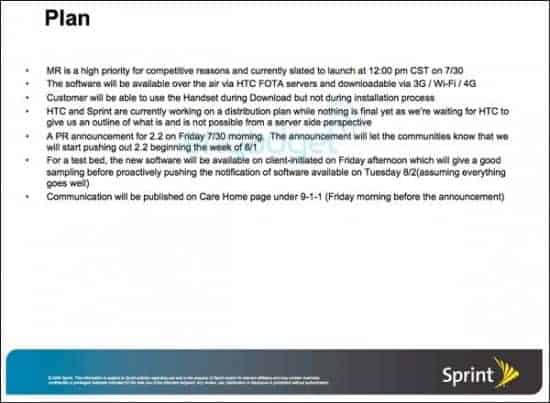 Let's cross our fingers on this one, and I mean really really cross them, because it looks like Sprint is gearing up to announce the Android 2.2 update for the HTC EVO 4G tomorrow morning. A few devices will probably be involved in an early test round kicking off along with the announcement, with the OTA starting to roll out to all handsets beginning August 1st. But if Froyo on the EVO just isn't enough to get you all hot about the month of August, you should be more than happy to know that the planned update will bring more than just that.

Sprint has named the update as "high priority for competitive reasons," which doesn't come as much of a surprise given the recent rumors of concurrent Froyo updates for all major Verizon handsets, the Droid 2 launching with Android 2.2, and even the Galaxy S inching closer to an updated OS. Sounds like Sprint is ready and rearing to go, the only thing that could stop them now is some unfortunate situation on HTC's part. Sounds like all the doting over delayed Android 2.2 updates might have been for nothing, but we won't speak so soon. We just hope they all come as quickly and concurrently as recent news has suggested. 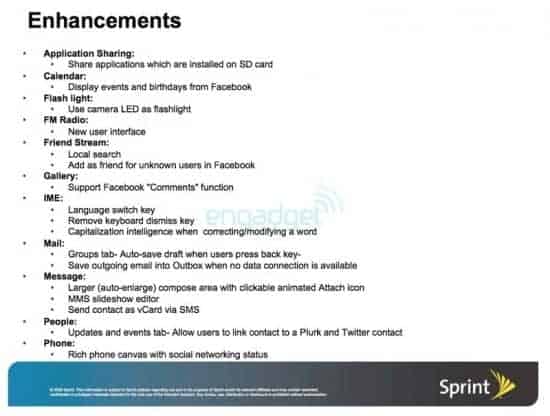 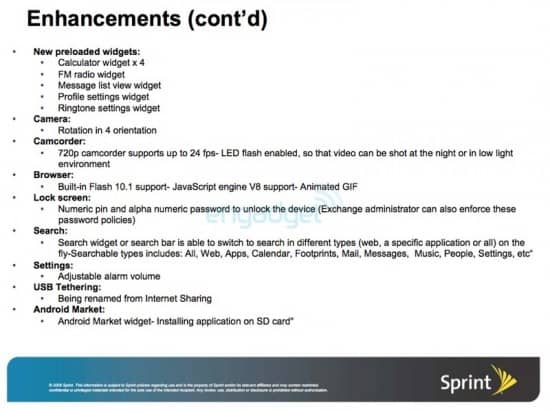 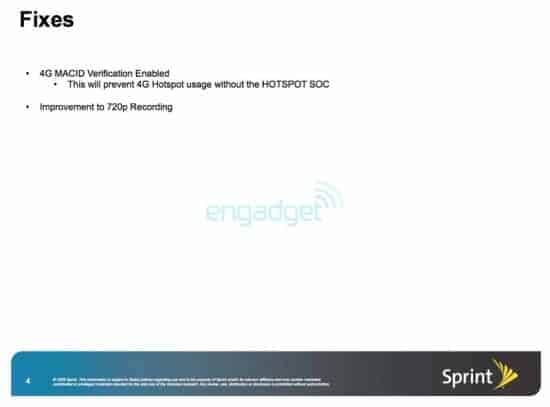