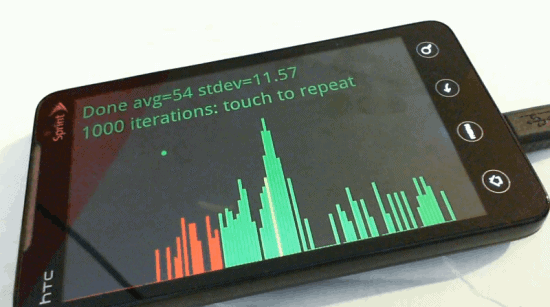 At the HTC Aria event in Chicago last week, an HTC representative clarified the purpose of the 30FPS cap on the Evo4G. The issue stems from a hardware limitation, but as proven by a hack provided by xda-developers, the cap itself is imposed by the software. The HTC representative stated that the cap is in place to adhere to the 30FPS limitation presented by HDMI. As  most movies and TV shows work at 24 FPS, HTC believed that a 30FPS cap would not be too noticeable. However, after general use of the device itself (such as screen scrolling), a user can notice the cap quite clearly. Now that this issue has been clarified, we can hope that HTC will release an update to dynamically adjust the FPS cap when an HDMI cable is plugged in (or not plugged in).