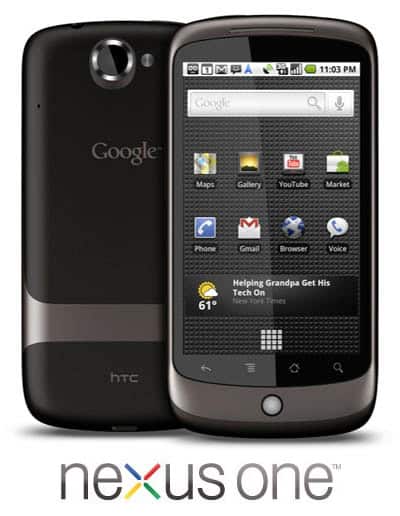 Google has announced that they expect the Nexus one to be out of stock on the Google online phone store by the end of July. That gives people ten days to try and purchase what some feel is the best smart phone ever made. Read the release Google has on its online phone store site.

Update: Nexus One changes in availability

Earlier this year, we announced that we will be closing the Nexus One web store. This week we received our last shipment of Nexus One phones. Once we sell these devices, the Nexus One will no longer be available online from Google. Customer support will still be available for current Nexus One customers. And Nexus One will continue to be sold by partners including Vodafone in Europe, KT in Korea, and possibly others based on local market conditions.

To ensure our developers have access to a phone with the latest Android OS, Google will be offering the Nexus One through a partner for sale to registered developers. Visit the Android Market Publisher site and log into your developer account to purchase a Nexus One.

Advertisement
I am not sure if the announcement that they were closing the store drove up demand or if they just did not get a big shipment. Either way, time is running out to get one heck of a phone.
Advertisement
Trusted By Millions
Independent, Expert Android News You Can Trust, Since 2010
Publishing More Android Than Anyone Else
0
Today
186
This Week
106
This Month
4093
This Year
105570
All Time
Advertisement