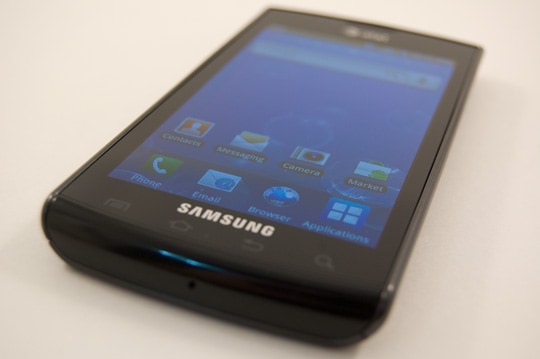 A source at Samsung Canada confirmed to us today that Rogers Wireless Canada will be getting Samsung’s latest Android device ‘The Samsung Galaxy S’.They said that Rogers will be releasing this handset in September.We were not able to confirm which version of the Galaxy S will be made available to Rogers as their are a few different versions available from Samsung. Bell Canada has recently announced that they will be releasing the Samsung Galaxy S Vibrant in late July.It would not surprise us that Rogers will get AT&T version of the ‘Samsung Galaxy S’ called the ‘Captivate’ as the phone uses a similar 3G GSM network.

We are a little surprised how ever that Rogers is releasing the phone in September giving Bell Canada a good head start to steal away potential ‘Galaxy S’ customers.Although it is not all that surprising as Rogers has been playing behind the 8-ball this year with it’s lackluster lineup of mid-level Android line up like the X10 and Acer Liquid E.Rogers has been outdone by the likes of Bell Canada and Telus who have been announcing much more quality, high-end Android handsets this year like The Desire and The Legend.Mabye Rogers can turn it around in the last quarter of the year and offer some  high-end Android handsets like it’s competitors instead of it’s continuous parade of entry to mid-level devices.