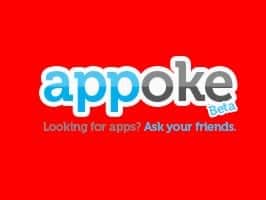 As Android users, we find that looking for a specific app is difficult if you don't know its exact name or if it doesn't rank in the top 50.

As an Android developer, I have also noticed that apps were kind of lost in the Market and that there was no interactive way for developers to communicate with their users.

Therefore, we decided to create an alternate market to overcome these issues.

No, actually I recently spoke with an Android developer advocate at Google and he was quite enthusiastic about Appoke 🙂

The great thing about Android is that it is open. So anyone can create an independent app store as long as they don't use Android market data.

We respect Google policies as applications are uploaded on Appoke by their developers and all the comments and votes are generated by our users.

Thus Appoke is not limited by Android market restrictions. For example, on Appoke, users can download applications with one click from their Web browser – even users with 1.5 devices – or directly from their phones. Appoke also improves the communication between users and developers as developers can see comments in real-time and reply to users easily and directly.

Concerning social features, Appoke is quite different from other services because users can subscribe to their friends' updates to see what they install, what they comment on and what they like. Users can also easily recommend an app to their friends with instant notification on their phones.

No, we have already tested Appoke on 2.2 devices and emulators and it works fine 🙂

If you are talking about the one click install feature from the Web browser, we begun to work on it before the announcement at Google I/O this year. Moreover, Appoke doesn't require Android 2.2, which means that users with older versions of the OS (even Cupcake 1.5) are not left out of the game.

Appoke is a social app store, so you can share apps with your friends and see their comments and votes in real time. Appoke's goal is to offer every Android fan a better way to find applications for their needs.

If you are also a developer, you can interact with your users and make your applications go viral.

I quickly became interested in Android, mainly because of all the possibilities it offers, and when I got my first Android phone I became more and more addicted. As a developer, it is so easy to create an Android app and immediately offer it to millions of users that I wanted to try.

We are very excited by all the good feedback we have received so far. However, since we just launched the private beta, there is still a lot of work to be done to offer users and developers the best experience.

The first thing a new Android user does is ask his friends for advice on what applications they should install first. Appoke provides users with a quicker and easier way to find apps as they can check their friends' apps, comments and votes to help them decide.

Beta testers will get previews of new features before the official launch. Android users can expect more social features with the integration of both Twitter and Facebook. We are also working on paid apps support and a public API for developers.

For now we are focused on the development of Appoke, but we have a lot of ideas :).

With Android, you only need to have little knowledge in Java to get started.

Google has done a very good job in documenting Android. Besides there is a great amount of open source code and projects available which makes things easier for a developer.

The different Roms from manufacturers can be frustrating sometimes. The app can work perfectly on one device and generate errors on another. It implies to do a lot of testing but it also depends on the type of application you develop. However managing different screen sizes is not very difficult as the Android UI scheme can handle it really well.

The different versions of Android OS is something developers have to manage but it is not so difficult. An app can take advantage of the latest features of Froyo for example and still work on older releases. We think it is important for an app to stay compatible with most devices, so Appoke is running on Android 1.5 devices and higher.

I would love a better design and an easier game and 3D development among other things.

I would also like Android to be more open with a possibility for other app stores to be recognized as trustworthy sources.

However the Android market has some great new features like the one-click install and the apps backup.

Appoke is an independent app store, which means that every Android developer can upload their applications on Appoke whether they are already on other app stores or not.

Appoke – Social App Store for Android from Appoke on Vimeo.