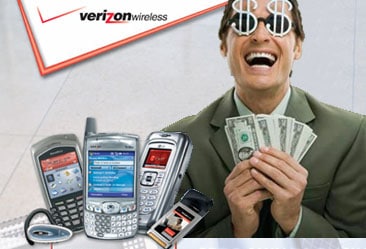 Just recently AT&T dropped its unlimited data plan in favor of a tiered pricing model. According to an anonymous source at Engadget, Verizon may be following suit as early as this month! Back in May of this year, "Verizon Wireless's CEO Lowell McAdam said he hopes to ditch unlimited plans entirely on the company's upcoming 4G LTE network, charging instead for "buckets" of megabytes. There has been much said about the reason for this. To me, it is another way to add to the bottom line. The first tier at AT&T is for 200MB of data a month and most users don't come close to this. That will run you $15 while 2GB of data a month will cost you $25. I expect Verizon to be priced very similar. With the new 4G networks coming along, this is the price we consumers pay for the luxury of faster internet. Sprint is the first carrier to offer a 4G network and a phone that is 4G. They are charging their users a $10 premium fee for 4G service. The tiered plan will kill the data hogs who will certainly be hit with overages they are not ready for.