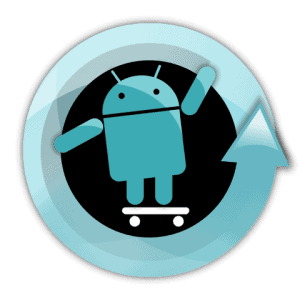 The popular custom ROM for Android, Cyanogen, is nearly complete with CyanogenMod 6. What does this mean for you? The key difference is the upgrade to Android 2.2 Froyo. CyangoenMod 5 ran on 2.1 Eclair, and it has been just a week since the Froyo source code was released to the public. Cyanogen has been working hard to bring this update as quick as possible. How quick? That depends.

The first to see CM6 will be Nexus One and Droid users. Dream and Sapphire users will be supported shortly after wards and Slide not long after that. The Desire, Incredible and EVO4G are to be supported eventually, but there is no telling how long that eventually may be.

The first experimental build should be available as early as this weekend. As it's Friday, that isn't much of a wait. Other things to see this weekend? A small update for CyanogenMod 5. In other words, if your phone isn't one of the early adopters for CyanogenMod 6, you still have plenty to be excited about this weekend!

Key things to note in the new update are  Apps2SD, an updated browser and flash support. The interface seems to be similar enough to CyanogenMod 5 that there shouldn't be much of a noticeable difference.

The full details from CyanogenMod.com:

"It's been just under a week since Google released Froyo (Android 2.2) into the open-source world and we've made great progress on CyanogenMod-6 already. Approximately 20 of us on the CM team are working hard on merging all of the community-developed extras in, as well as porting to new devices. Google did a great job and really gave us the best foundation to start from this time around.

Here's where we stand so far.. Most of the CyanogenMod extras have been merged. Some features are being reworked (like trackball settings), new device ports are well underway. The first devices to see CM6 experimental releases will most likely be the Nexus One and Droid simply because those are the devices that "just work". The Dream/Sapphire port has everything working but one small issue remains. Wes Garner has the Slide port well underway. I don't have a status report of the Desire, Incredible, and Evo versions at this time.

I'm expecting that we should have some experimental releases by the weekend, but please don't spam us asking for ETA's.. We are just as excited to get this out as you are.

You can follow our progress on Github or drop by irc.freenode.net in #cyanogenmod or #koush.

Regarding updates to CM5.. A small update will be coming this weekend to fix a few bugs but the focus will remain on CM6!

Thanks to everyone who has been supporting us with testing, bug fixing, code, new features, and of course donations. CM is what it is because of the community. Thank you!"