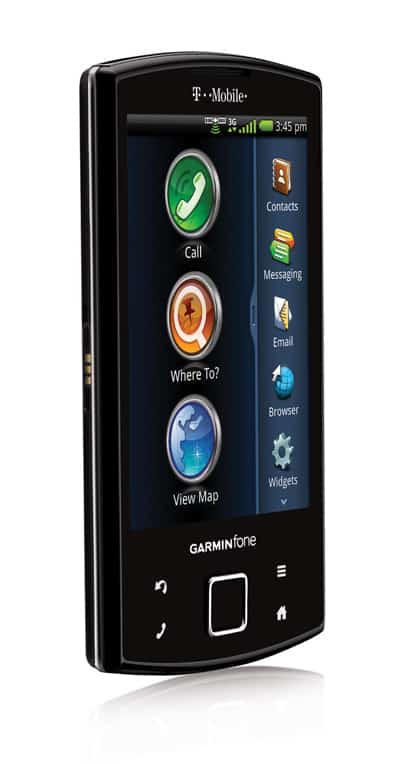 ASUS earlier today denied claims the Garminfone was selling poorly at T-Mobile. The Taiwan firm said shipments were as planned and that it had "positive demand," but didn't provide numbers. Morgan Keegan analyst Yair Reiner had estimated from visits to 50 T-Mobile stores that ASUS and Garmin shipped just 20,000 Garminfones since they went on sale in early June.

In his research note, Reiner noted that initial enthusiasm for the Garminfone hadn't been matched by the reality, as many of the sampled stores hadn't bothered to put the phone on show even several days after the June 9 debut. Those that had saw very few sales, many of which sold less than five and others none at all. A typical store had sold about five units total, the analyst said.
The Garminfone was to have been ASUS' first significant inroad into the US smartphone world after the lukewarm reception to the also Garmin-backed nuvifone G60, but it has faced several major hurdles even before it launched. On T-Mobile, it has had to compete with multiple other Android phones that offer similar or better features, such as the myTouch 3G Slide and the Nexus One. ASUS' launch was also timed for just two days after what became the unveiling of the iPhone 4, steering much of the attention away from any phone on T-Mobile.

The fourth-largest US carrier has fought to stem subscriber losses in recent months due partly to its lack of a true, sustained halo phone on its network. AT&T's iPhone was one of the earliest lures away from T-Mobile, but Verizon has undermined T-Mobile's one-time reputation as the home of Android by offering more, and more advanced, devices in less than a year's time.