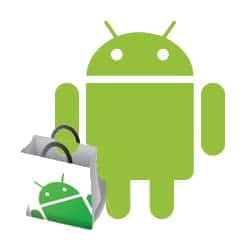 Up to this point, Android tablets have not had the luxury of accessing the nearly 100,000 free and paid apps that comprise the Android Market. The Market was created for use with smart phones running the Google Android platform. Smart phones have GPS and run on 3G networks with back, search, home and menu buttons.  Tablets running Android are growing in number and software is working great! The app market is growing and growing every day and tablet owners want to have that access! Well, we may be in luck. A company called Notion Ink, creators of the long anticipated Adam tablet, claim they have been testing alpha App and Content tore on their products. Adobe Flash appears to be running well without any battery issues.

Notion Ink might be referring to the Google Chrome operating system rather than Android. Google Chrome is geared towards tablets and there have already been talks of a web based market for applications. However, since Notion Ink has been showing an Android based tablet for the last 6 months, chances are we are talking about Android Market access for Android Tablets!