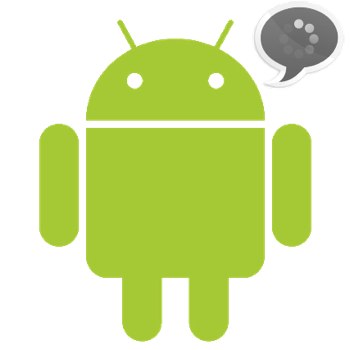 Google CFO Patrick Pichette said the Android operating system is not material in answer to a financial analyst's question about how the company sees its investment in the platform paying dividends.

"Android is not material to the company," Pichette said on the second quarter earnings call July 16, noting that Google had no hand in the launch of some key Android products, such as the creation of the Motorola Droid X, which went on sale from Verizon Wireless July 15 and has already sold out.

"[Android] is not a huge resource investment, but it's a formidable return in that what you have is the entire ecosystem exploding."

Asking how Google makes money from Android is fair. Apple makes beaucoup bucks from selling millions of iPhones, with more than three million of the new iPhone 4 sold in the first three weeks.

Android is an open-source operating system and phone makers are free to build phones with the OS for carriers to sell at whatever price point they desire. And phone makers are doing this, with 160,000 Android devices shipped daily.

Google makes money not directly from Android but in the mobile ads it pairs with search on Android, iPhone and other smartphones on the market.

While Apple CEO Steve Jobs famously said people are doing searches in smartphone applications instead of through smartphone Web browsers, search grew 300 percent on Android phones through the first half of 2010, said Jonathan Rosenberg, senior vice president of product management for Google.

"What is the most popular app on these devices?" was Rosenberg's rhetorical question on the call. "The most popular app on these devices is a browser. What do they [users] do [with them]? They search an order of magnitude more than they have on any previous smartphones in the past. The combination of people browsing on these connected smartphones and searching is basically the formula on how Google succeeds."

Google AdSense partner Carnival Cruises increased bookings from mobile phones by 175 percent when they began offering click-to-call ads, Rosenberg said. He noted that click-through rates are up 6 percent when Google provides a phone number and 8 percent when it offers a local address with ads.

Android is the heart Google's offensive on the nascent mobile ad market.

Pichette noted that "open platforms with the new generation of apps is important. We do know these new smartphones create new activities," which is why Google has invested heavily in search advertising and shelled out $750 million for AdMob.

Thanks to its purchase of AdMob, Google will also be able to follow Apple's iAd advertising platform and let developers inject applications directly within ads to provide a more seamless, interactive experience.

Financial analysts came away confident if not impressed with Google's mobile strategy after the call.

"Google's mobile strategy is shaping up nicely. In our view, Google has done a great job with its mobile strategy and has emerged as one of the most formidable players in mobile market… Android-based smartphones are coming out of all major device manufacturers and successfully competing with iPhone."

Of course, Google has just scratched the surface here, as has Apple with the iPhone 4 and iAd.

"As the company points out, the business remains relatively immature relative to desktop-based search, and we believe that the monetization of this inventory represents a significant growth opportunity for the company."