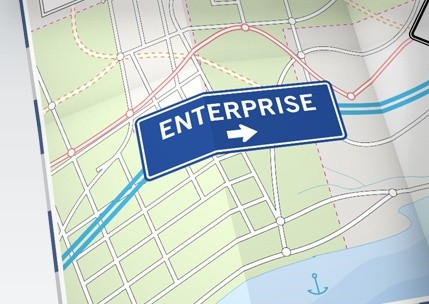 Computerworld – Just last year, with the arrival of Google's Android 2.0 mobile operating system, I warned that Android devices were not quite ready for the enterprise. But the mobile world moves at an astonishing rate. Since I issued that warning, Google has released two updates to Android, 2.1 and 2.2 (also known as ‰clair and FroYo).

Although these are dot releases, they are significant enough to warrant another look. I still have my prior reservations about Android 2.1, but 2.2 has been updated significantly and is now acceptable for some businesses to deploy. The catch is that 2.2 is still not widely available on devices except for Google's own Nexus One.

Here's a rundown on how Android 2.2 is playing more nicely in the corporate sandbox:

Exchange support — Unsurprisingly, Android has always offered superb integration with Google apps and services, but Exchange support was a poor stepchild before 2.2. Users looking to connect Android devices to Exchange servers needed to use a phone with a custom version of Android such as HTCs Sense UI or use a third-party application. With its 2.2 FroYo release, Google is finally offering Exchange support that's good enough. Mail, Calendars and Contacts all sync. FroYo also supports a full corporate directory with search. While it's not best of breed, it is acceptable for most business use.

Security — Security in Android 2.2 takes a big leap forward. Users are no longer limited to Google's pattern drawing screen and can use full alphanumeric passwords. In addition, 2.2 allows IT departments to remotely control passwords and wipe devices clean through an Exchange server. These are both important steps for Enterprise adoption. Still missing is onboard encryption for removable media cards, which means Android will still come up short for some enterprises.