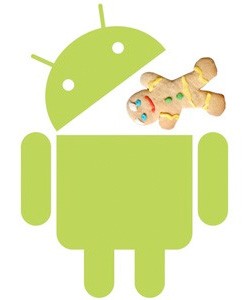 The only phone currently running a non-hacked version of Google's latest OS incarnation is the Nexus One, with all the other Google-powered smartphone users of the world still anxiously scrolling up and down the 'About Phone' page waiting for an over-the-air upgrade to arrive.

But that won't stop us getting excited about Android 3.0, which Google is referring to as "Gingerbread" – and is believed to be preparing for arrival in time for this year's autumn/winter smartphone collection.

Current rumour states that Android 3.0 will see Android get a complete visual overhaul thanks to the hiring of some big names in the user interface scene, but that's about all we know about the possible future direction of the mobile OS.

So what else would we like to see in the Android 3.0? This lot. In no particular order.

1. An end to custom user interfaces

This is one rumour we'd like to come true for Android 3.0. As nice as TouchWiz, Motoblur, Sense and the rest of the Android skins are, it's about time Google showed confidence in its own vision and stopped the operators sticking on their own occasionally glitchy widgets and skins. Apple wouldn't stand for it, and on this one occasion we agree with Steve. Bin the skins. Unite the world.

Isn't it about time Google and its Open Handset Alliance refreshed the minimum Android hardware spec as well as tinkering with the software requirements? Having a killer OS on your phone isn't much use if you can't use it very well because the screen is rubbish. Outlaw cheap resistive touchscreens. Even phone users in developing markets deserve better.

There are numerous apps out there that claim to let us sync our files and music to "the cloud" – so why not make that a part of the OS spec? Google has enough computers, so giving everyone a terabyte or two of cloud storage alongside each activated handset wouldn't be a big deal. Let the networks worry about the apocalyptic level of data traffic this would bring. We pay them enough money every month.

Another hardware spec tweak is needed. There's no point getting yourself a cheap Android 3.0 phone, only for some corner-cutting by the manufacturer to ruin it by providing a processor that's not up to the job and a battery unable to power a gnat's pacemaker. We don't want people getting turned off Android the first time they use a smartphone, do we?

5. Jazz up the keyboard

Keyboards have moved on a lot recently. The likes of Swype and SwiftKey are doing a superb job of upping our words-per-hour typing speeds, so isn't it about time Google upgraded the stock Android keyboard to something a bit more… modern? Just steal the best ideas from Swype and SwiftKey, Google. They won't mind.

The new wave of "entry level" Android phones are saving a few pennies by removing touchpads and trackballs from the handsets – so how do we edit our emails and text messages? With extreme difficulty. So there needs to be a better system than simply aiming and trying to point at a very precise part of the screen. Get that user interface man on this one, ASAP.

Where's the Android notepad app? The built-in to-do list? Sure, there's a calculator on every Android phone, but we're much more likely to need to leave a note for ourselves about remembering to buy more sausages in the supermarket than indulge in impromptu maths sessions, so isn't it time Google started adding a few more novelty features? Windows has been coming with Notepad for decades. Give us some toys.

As smartphones get cheaper, more kids are likely to find themselves sent off to school with something Android-powered wedged in with their PE kit. And, as Steve Jobs likes to tell us, there's a fair amount of… smutty material on the Android Market.

We're grateful that it's much easier to copy words and URLs to the clipboard in Android 2.1, but it's still extremely tough to copy large lumps of text between apps – not to mention impossible in the standard Android email app. Surely we should be able to copy text from an email in this day and age?

VOIP's been around on desktop PCs for years, but Android solutions are sketchy at best. Skype is yet to launch an unlocked version of its app for all Android phones (it offers a limited edition tool for one US network), so we're left with under-developed third-party attempts.

Google could rule the world with an official, part-of-the-furniture VOIP client. We suspect the networks would go berserk, but that's for them to worry about. The customer's always right, right?