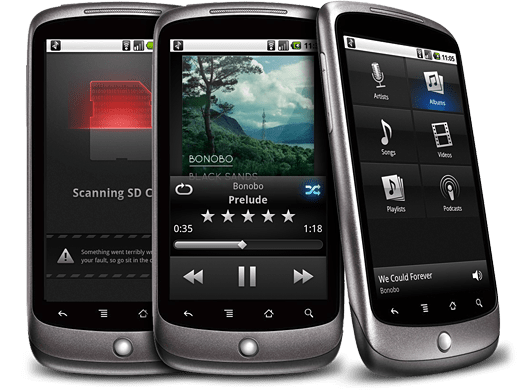 It's pretty much agreed upon that the new doubleTwist music app for Android is one of the better looking players on everybody's favorite smartphone. But how did it come to be? Designer Sebastiaan de With explains on his Cocoia blog:

We wanted something that actually advanced the state of the art. I sure as hell wasn't going to use an entirely new platform for months just to ape another. It was a mixed blessing to have so little limitations on what constituted a 'native' user interface.

Android has its guidelines, but most apps (even the Google-sanctioned Twitter app) have a very 'custom' appearance. We opted for a look that works well on the various devices and custom 'shells' (notably, HTC's terrible "Sense" interface) and arrived at this muted, native-looking yet polished visual scheme

By no means is the doubleTwist app the only well-designed piece of software on Android, but it's certainly a shining example of what can be done with a minimal set of guidelines, and no sticky concerns about duplication of functions.