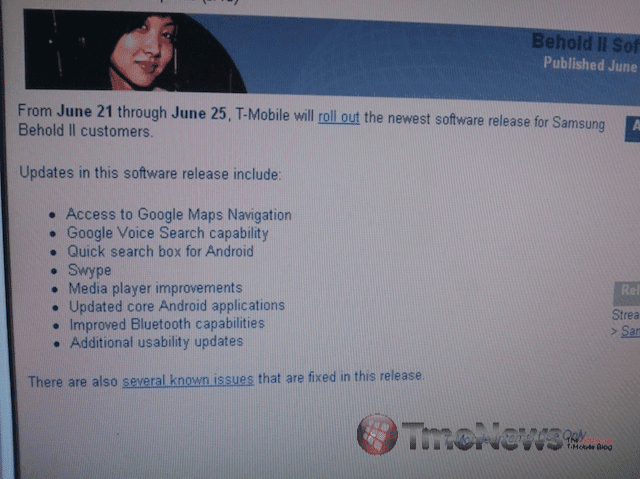 The Samsung Behold II has been the host of a huge round of controversy for the manufacturer, but they're trying. Unfortunately, Behold II owners won't be able to enjoy the goods that come along with Android 2.1 and soon to be 2.2, but Android 1.6 isn't that bad of a build, to be quite honest, and it's rolling out right now.

Samsung's even sprinkled some nice goodies into this update. Google Voice and the new Google Maps comes with Android 1.6 naturally, but you'll also be getting SWYPE and tons of bug fixes to go along with it. We're not sure this is going to suppress the anger of many Behold II owners out there, but if you have no choice in sticking with this phone, then this is as good as it'll get.