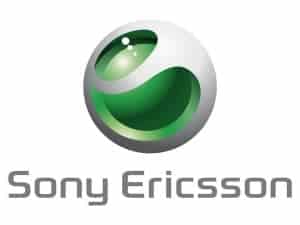 Sony Ericsson are worried. Their first high-end Android device the Xperia X10  is not shaping up against its closest rival HTC's Desire, which is outselling the X10 on all fronts. And this is despite HTC drastically underestimating the number of handsets they would sell, leaving shelves in the UK empty back in April when it first went on sale.

Even though there are no plans to release the X10 in the States, it is nevertheless a great phone and there is no reason why it shouldn't match the Desire's popularity across the rest of the globe.

Take a close look at both devices and you'll see the differences are negligible, they are both seriously grown up phones. So why the disparity in the sales figures? In a word – marketing. HTC have done a damn good job of telling us about the Desire. They intelligently flooded retail stores with up to eight demo handsets each and they have made sure their reps are properly trained on them. Anyone who has ever been into a mobile phone store will know what a difference that can make when you're shelling out you're hard earned bucks.

So what are Sony Ericsson doing to rectify things? Well, they're going to bring forward the Android 2.1 upgrade from Q4 to Q3, and Sony Ericsson UK and Ireland marketing director David Hilton was reported by a leading UK mobile news site as saying this will make the X10 faster than the Desire and will be available in the next few weeks – early in Q3 then. Great news for X10 owners but as a response to the market lead taken by the Desire, it doesn't seem to be anywhere near enough.

Have Sony Ericsson taken their eye off the ball here? The smartphone arena is an insanely competitive market, one where  errors of judgement can have disastrous ramifications. We all love Sony Ericsson but are HTC the only company they should be worrying about? Probably not.