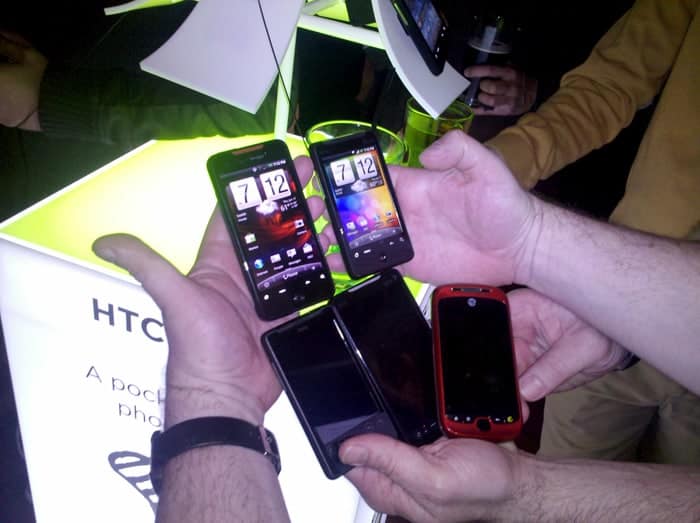 The second stop of HTC's Aria Android phone release party came to Seattle and gave reps and the general public a chance to see what this little phone had in store. Some 300 RSVP's signed up for the event and everyone who showed up got drinks, food, decent music and free Aria phones given away to a few lucky drawing individuals. Smooth DJ sounds, monitors showing Aria presentations and multiple HTC stands showcased the event. Three HTC stands for the public on the main floor and one for the VIP reps in the lounge, each holding four Aria's to examine.

Getting right to it, the Aria sported nothing new in the way of OS but made up for it in performance. The phone comes well equipped for such a small, tight jean pocket size and folks looking for a smartphone that really don't care for much of a screen size will love this phone. Running on bread and butter HTC sense, the UI didn't seem much different than what most OS users of this kind are used to. It was very smooth and responsive however, when navigating and opening apps and getting from one app to another worked fluidly, without any stalling. A plus considering there has been some questions about grounded touch responsiveness with recent HTC phones. The phone sports a 5MP rear facing camera and the smooth, yet hardened casing around the phone ensures that it'll take a few drops unlike some of the bigger phones.

Overall, if your looking for all the bells and whistles of a big Android phone, but want to do without the bulk, this is the phone that has it and perhaps the smallest Android device on the market. Here's some pics of the party and some of the Aria with other popular HTC Android phones.