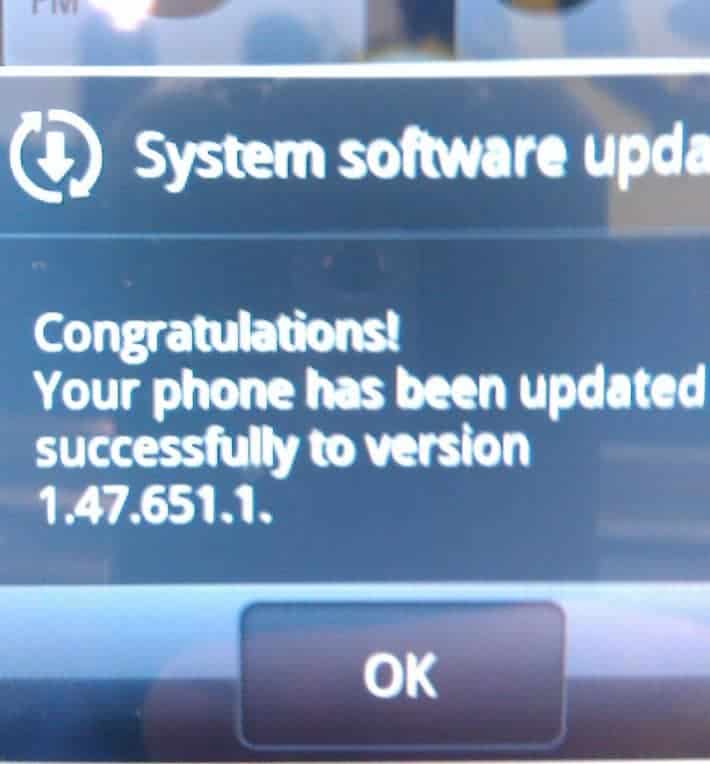 Many HTC EVO owners got an OTA update. This update fixes the WI-FI and touch screen issues and removes default wallpapers. Some people who performed the update today complained of the update causing their phone to "brick". Most likely this would be caused by someone pressing buttons or stopping the install. I personally performed a successful installation today (pictured). It took about 10 minutes.  Please comment back if you had this happen  to you.

The update fixes  the "grounding" issue that affected touchscreen sensitivity when the phone was placed flat on the surface. Most of you rarely have a phone flat on any surface, but the screen is more. The touchscreen is snappier when moving through menus and the phone no longer awkwardly pauses when adding widgets.

A couple of people have also claimed that their phone is no longer working because they applied the update twice. Before applying the update, make sure that your phone is fully charged and only apply the update once. Do not disturb the update process. To check if you can install the update now, go to Menu > Settings > System Updates > HTC software update. The phone may say "No firmware update available," but that just means you have to wait a short while longer until Sprint sends a notice to install.

ANYONE WHO HAS ROOTED THEIR PHONE SHOULD NOT APPLY THIS UPDATE.


Advertisement
Trusted By Millions
Independent, Expert Android News You Can Trust, Since 2010
Publishing More Android Than Anyone Else
0
Today
186
This Week
106
This Month
4093
This Year
105570
All Time
Advertisement