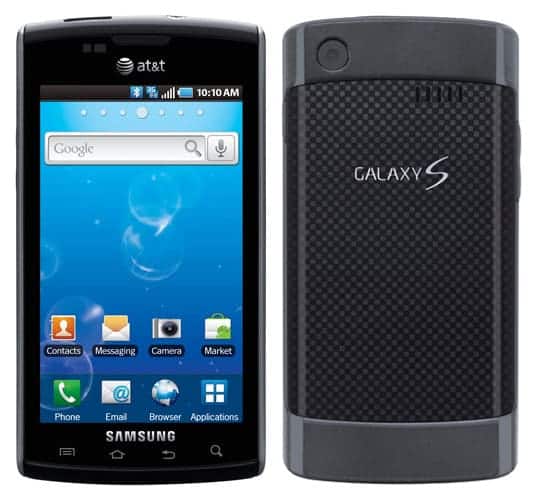 Well, AT&T's just getting on a roll here with unveiling some pretty nice devices ahead of dooms-day (June 24th, if you're not sure what day that would be). The HTC Aria's been announced and will be heading to stores in three days, and now AT&T's finally announced their second high-end Android handset (first if you don't count the Dell Streak for some reason): the Samsung Captivate.

We've been hearing about the existence of this device for a while now, and it feels good to finally get some hard facts on what AT&T and Samsung's bringing to the table. Specs? Don't mind if I do: this thing comes packed with a 4-inch Super AMOLED display, a 1GHz Hummingbird processor, a 5-megapixel camera, 720p video recording, and up to 32GB of combined internal and external storage.

It's launching with Android 2.1 which will be playing host to Samsung's unique TouchWiz 3.0 interface. Chances we'll see Froyo sometime down the line? We can't make any promises yet (especially if Samsung's history is anything to go by). Still, it's a great looking device (on paper) that should satisfy some AT&T fans who aren't too fond of the iPhone and aren't fond of AT&T snoozing at the wheel in regards to their Android line-up.

No pricing and availability, but this summer is always a good assumption when they mention "the coming months". You guys are basically getting a slightly different version of the Samsung Galaxy S. Will you be passing AT&T stores up on June 24th to wait for this thing?

Highlights of the Samsung Captivate include: