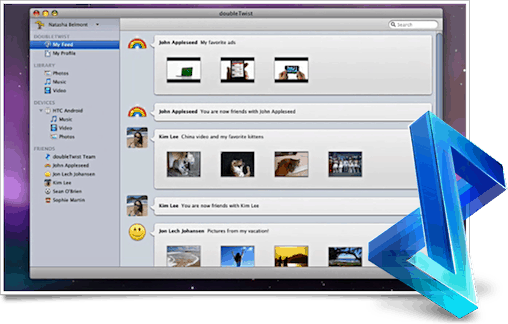 With the advent of DoubleTwist and its adoption, along with the introduction of handsets such as the Incredible and Galaxy S have brought about some issues. Currently if you use DoubleTwist you have to store your media on an SD card for the media player to recognize it. This really defeats the purpose of internal memory on your handset. However this is about to change the developers are saying that soon DoubleTwist will support internal memory as well.

This isn't the first time we have heard of this issue with an application. Because this wasn't an issue previously as android devices didn't have enough internal memory to warrant this support, most applications don't support internal memory. As time goes on and more devices with lots of internal memory come about, more and more apps should be rewritten to support this. Expect to see it in the near future.