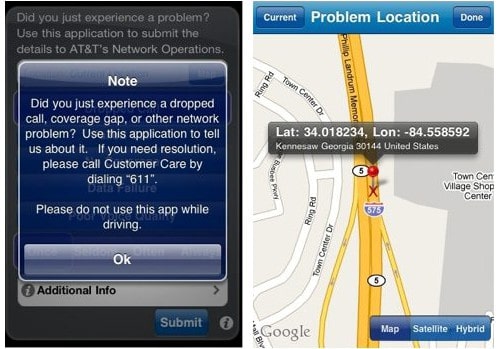 The app that iPhone users love to hate is coming to Android. Mark the Spot is an app that allows subscribers to pinpoint their exact location when they have a dropped call or failed coverage. This is accomplished by recording GPS coordinates in an effort to find weak areas of coverage for the carrier. One would think that AT&T knows where troubled spots are but perhaps this app serves a second purpose by making frustrated users feel as though they are contributing towards fixing the issue.  Some iPhone owners have reported receiving text messages from AT&T containing information such as when and where their report was submitted. This is followed by news that "increased network capacity" is being planned where this feedback was submitted. Perhaps we are seeing some follow through from AT&T and Steve Jobs when they claimed that coverage would be improving this summer.