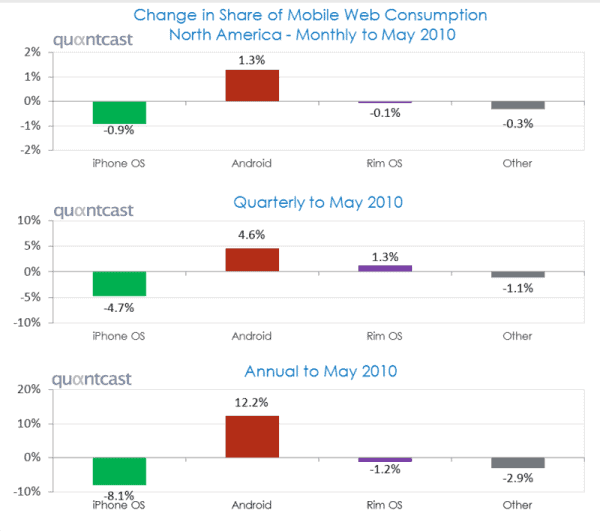 While Apple continues to dominate America's mobile web traffic seemingly untouchable, Quantcast has said that Android's outlook is looking better than the iOS. Between May of 2009 and May of 2010 Android has seen a traffic increase of 12.2% while the "indomitable" iOS fell 8.1%. While that is great the story gets even better. Go back to January of 2009 through May of 2010 and iOS has fallen 16% while Android increased by 15% leaving the current standings at (Apple) 59% and (Android) 20%. Because this may not reflect the data that applications use, the accuracy is somewhat in question. However this data comes from before the EVO 4G was released and after the iPad and iPad 3G were released. So no matter what, this does show that Android is gaining ground and momentum against Apple.