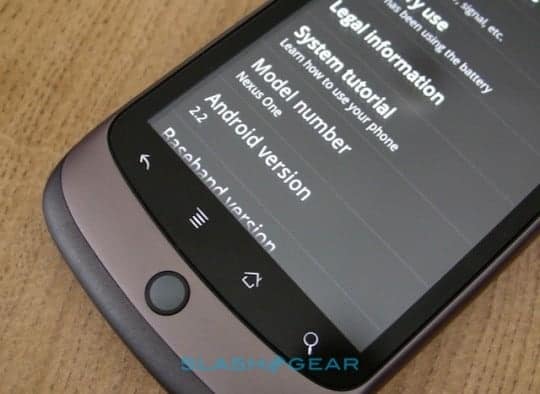 A new version of Android 2.2 Froyo for the Google Nexus One has emerged, the FRF72 build, seemingly another beta version of the more widely available FRF50 build.  Shared by a source at xda-developers, the new ROM requires FRF50 to be installed first, and so far there have been no significant changes noticed by those who have tried it out.

If you're feeling brave and experimental, however, you can download it yourself from http://android.clients.google.com/packages/passion/signed-passion-FRF72-from-FRF50.bc033f9e.zip; we're not sure how long that link will last, though there are mirrors linked here.  Instructions for installing the new beta are here.  As ever, installing beta software can leave your phone less than stable, though there are multiple people who have tried FRF72 and supposedly experienced no issues as yet.