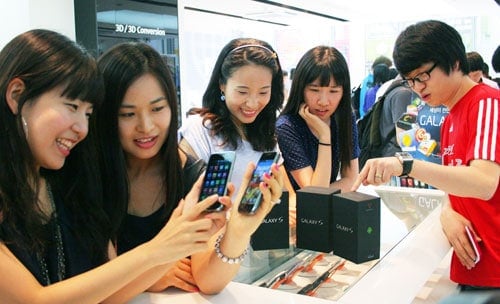 The Galaxy S has been in the headlines everywhere lately and for good reason. Samsung has been pushing this phone hard. All four major US carriers are in line to sell the device. T-Mobile just announced their version of the Galaxy S, the Samsung Vibrant. SK Telecomm, who is exclusively selling the Galaxy S in their own country of origin, has announced that they sold 100,000 units in six days. These are the results that Samsung was looking for.  Samsung is aiming to steal market share and pass HTC in smart phone sales.  Samsung's goal is to have 10% market share by the end of this year.  This might be just the device to get them there.