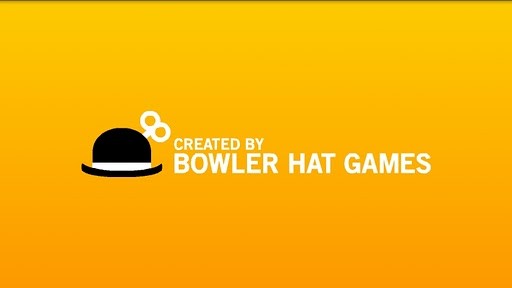 Tell us a bit about yourself and your work background?

I've been a Flash developer since 2004. I started out at a couple of startups, and eventually I joined Yahoo! to help develop tools and best practices for Flash developers there. I've spent much of my career building libraries of UI controls and data visualization components, with a little bit of work here and there on full applications. These days, I do a bit of freelance, and I create Flash games for my one-man company, Bowler Hat Games.

How did you get in to developing for android?

Where did you get the idea to port your games to android/air?

When Adobe had early builds of AIR for Android ready to show off at Mobile World Congress, they asked me to do the port the games I had already built for iPhone over to Android. It was an easy process and I mainly had to focus on making the games resize properly for different screen resolutions.

Your games are VERY fluid and smooth on android air, did it surprise you?

A little. I was actually able to put some effects back into my AIR for Android games that were too CPU intensive for the iPhone. I can't wait to start on some new games and push the limits a little more.

Will these apps just be in the new marketplace when they release air?

Yep, I plan to get my games in the marketplace as soon as possible.

Will you develop more games for Air/Android now that you can?

Definitely. I'm not sure what I'll be developing next, but you can be sure that mobile will be an important consideration.

What kind of Android phone do use?

My day-to-day phone is a Nexus One. I also have a Droid that I use for most of my testing.

Which New Android Phone has you the most excited?

The EVO 4G looks cool. Since I just got my Nexus One, it still feels pretty new to me. I don't want to get too excited about anything for at least a couple more months.

Name some of your favourite apps you use on your phone, besides yours of course.

I check Twitter and Facebook when I'm out and about. I generally don't put a ton of apps on my phone. Just the few I need to stay connected when I'm away from my laptop.

What features of the New Froyo OS are you looking forward to?

Obviously, support for Flash Player in the browser is near and dear to my heart. It'll be interesting to see how popular Flash games become on phones. They're a staple of people who want a break from work, and I think a quick game on a bus or train during a commute will be just as attractive to these casual gamers. Just like on PCs, some buy the games they like the most, but I think many will often choose free games that have some ads for quick breaks.

What would you like to see in future Android OS versions or Changes?

I'm pretty happy for now. Maybe a better OS update process. It seems a little too complicated if you don't want to wait for an OTA update.

What is your opinion on the Android Market? positive and negative?

Since I haven't released anything, I don't yet have an opinion as a developer. As a user, it's certainly been easy to use. My favorite part about it, though, is that it isn't restricted as the only place we can get apps from.

How hard is it to code for air/android?

Not hard at all. I'm using the tools, knowledge, and experience with Flash that I've accumulated over the last several years. There's a little extra optimization needed here and there, but it's nice to have incremental changes to my workflow rather than starting completely from scratch.

Your games are for iphone originally right? are you more of android guy now?

Well, they were originally ad-supported, free browser games, but iPhone was the first mobile platform I ported them to. Unfortunately, Apple seems to have some strong negative feelings toward Flash these days. I submitted my third game, Qrossfire, to the App Store over six weeks ago, but it still hasn't been approved or rejected.

As a developer and a user, I think Android has been much better for me. I have the freedom to install any app I want, and getting things transfered to my phone for testing is a breeze. I can't say the same for iPhone, so I'm actually rather happy that Apple forced me away. I'm looking forward to continuing with another Android phone the next time I need new hardware.

What initially pulled you to iphone in the first place?

I liked the iPhone because it's introduction was the first step in changing the way people use their phones. Or, rather, Apple helped push carriers to allow us to do more than just call and text. Newer platforms like Android are taking the next step and getting rid of the remaining restrictions that Apple still clings to.