Google is reportedly giving users the ability to kill off one recent Gboard update feature recently applied as part of the June Pixel Feature Drop. Or at least it will be in the very near future.

That’s according to a recent report from 9to5Google. And the Gboard feature in question is, of course, the keyboard’s ability to pull “key snippets” from copied text. Specifically, it’s ability to pull out addresses, phone numbers, and similar details from a block of text the user copies. Those are displayed as their own “chips” just above the keyboard for easier, standalone copying.

Gboard keeps key snippets for those who want it, so how do you kill them?

Now, some users will still want access to the Google-built feature. So, as noted above, the company isn’t getting rid of it entirely. Instead, it’s adding a new option to the preferences menu. Specifically, under the Clipboard settings menu. The new option does exactly what it says and is presented as an easy-to-use toggle. Namely, it turns off the “Show items such as addresses/phone numbers within recently copied text.”

The goal here appears to be to let users who find this useful keep on using it. While giving users who want to remove it, presumably to reduce clutter, the ability to do so.

As shown in the images below, once deactivated users will no longer see those details taken from blocks of text they’ve copied. Those who still want to use it can go ahead and leave it on.

This should arrive sooner than later

In the interim, this feature-kill addition to the Gboard keyboard looks as though it will arrive soon enough. The new toggle was spotted in the beta version of Gboard 10.9. That means it should be ready for the next big update to the keyboard. 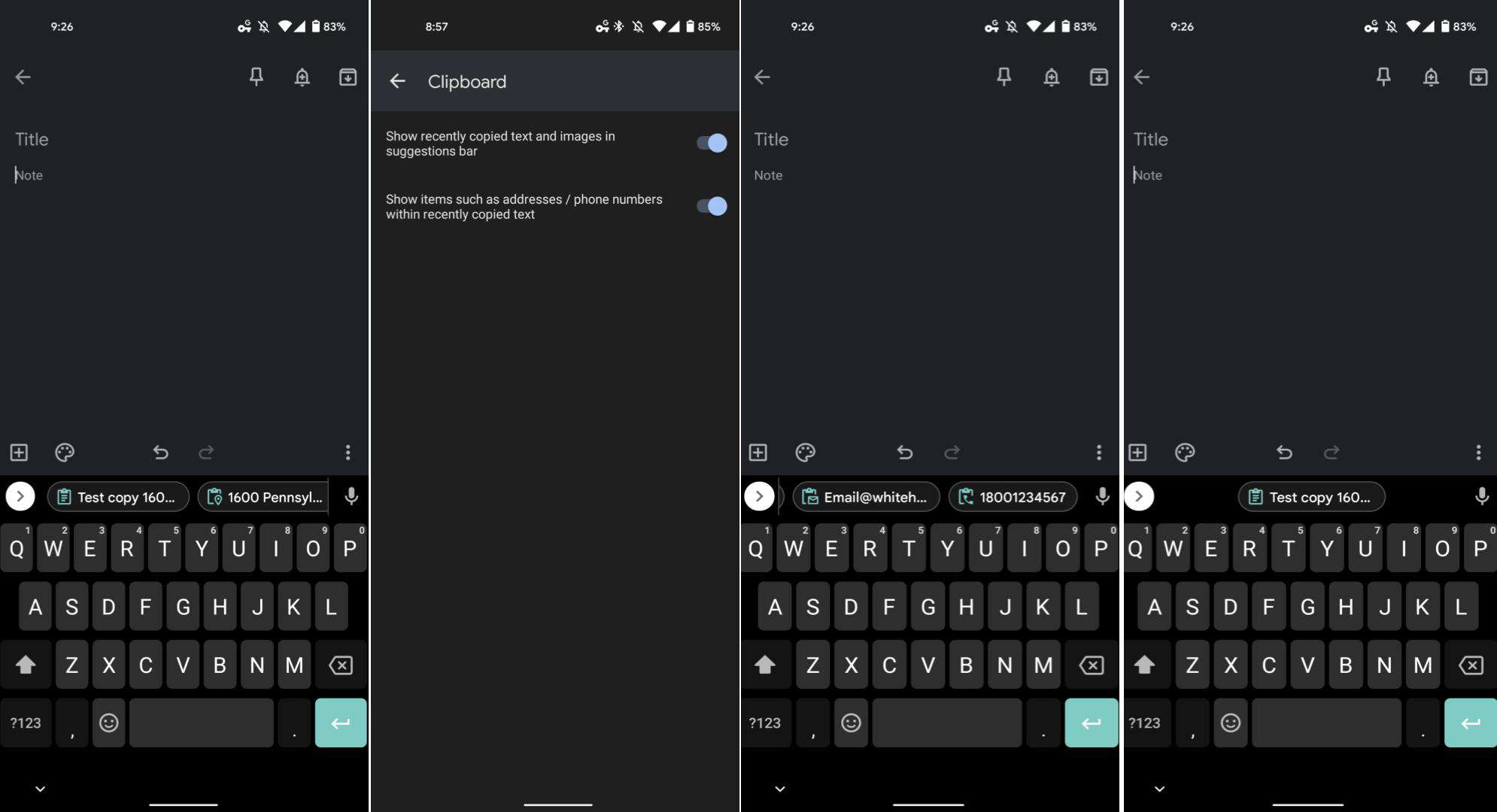